Skip to content
One Point Zero > A New World > Marx was an Architect! Where are  21st Century Architects?

“WE ARE CALLED TO BE ARCHITECTS OF THE FUTURE, NOT ITS VICTIMS.”

The only ‘Architects’ that I see around, are those who don’t seem to buy into Our Human Existential Imperative:  That being to Live Within One Planet’s bioregenerative resources.

The Goal: A One Point Zero world. A world where there is No Chasm. A world where the Earth Overshoot Day, ‘Book of Accounts‘ only has ‘black ink’ figures. That is the mandatory, highest condition, of  ‘The Design‘ brief.

Being an architect for the ‘cop out’ 1.5 Degree C or 2.5 Degree C ‘acceptable warming’, world is not the brief Buckminster would have accepted. I’m convinced that in his context he would have said that that is a the job of the Victim Architect.  ‘We’ are starting with the ‘Wrong Brief‘, because we fear the ‘Three Red Arrows‘ reality, and in that fear we will be designing ours selves into ‘victimhood‘.

I wonder if Buckminster believed in ‘Magic for Design’? Read below! 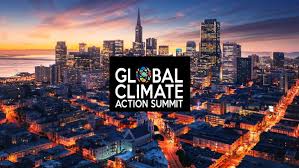 With Trump having long turned his back on ‘All Matters Climate Change’, and in the void of unified National Leader summits, Business and Lower Political Leaders have recently stepped onto a new Climate Change stage of their own creation:  The dazzling, San Francisco Climate Action Summit, this past September, the latest.  A Summit, were unlike Davos, here ‘attendees’ did bring their work to the Stage for all to hear about: Forget thoughts of ‘The Perfect Recession’, this was all about ‘Climate Change being the new ‘fuel of growth’ for the awaiting biggest growth story of The Century’!  Self promotion and Brand building was the main goal.

Committing to ‘anything Zero‘, not matter how fuzzy the targets, or how far into the future they were to be delivered, newly crowned Climate Heroes got to promote the brands of their choice. Whether that be personal and / or business’s the stage didn’t care. ‘Arnie’ even dialled in from his ‘high footprint vacation’  to inspire the self anointed ‘Heroes’.  This was California at its best.

This wrap up from Lord Stern of the New Climate Economy, epitomises the Summit’s Banner Message:

“The good news, as we lay out in the new report by the New Climate Economy, is that the transition to the zero-emissions economy is the growth story of this century. This is a still stronger statement than the case made by the Stern Review in 2006 that the costs of inaction exceed the costs of action. We can now see a bigger story, one of innovation, discovery, investment and growth.”  Read here:

No talk of ‘The Perfect Recession‘ being needed here! It’s not just about ‘Business as usual’, it’s about the opportunity of Climate Change offering the opportunity for ‘new record growth’.

Almost all the visions presented at the Summit, were based only on the premise of the world only needing ‘Blood Transfusion Solution‘:

‘Zero everything‘ that has carbon or fossil fuels attached. Then with this new ‘Zero Blood‘, we are all free to our hearts content, to carry on ‘greed consuming’, flying, etc, again? In ‘their’ visions, there is no such thing as ‘greed’, because what was maybe greed, is now good for growth, and growth is good for jobs.

Listening to the talks, it also sounded like even the ‘Blood Transfusion’ process will be a huge party with lots of ‘Money’ to be made!  What wasn’t mentioned, but clearly didn’t need stating was that all of this would be funded by printing more of that same ‘almost Free’ ‘Money’.  Debt is Good!

Sounds like ‘Utopia‘ has been found! Certainly not ‘Victim Architecure’, but I sense in its magical foolhardiness, it will a Victim become!

Inconvenient Truths from a Society of Wizardry. 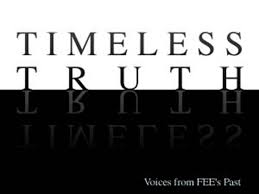 Vaclav Klaus, a member and long-time Climate Change denier, described climate change as “an important part of the Mont Pelerin Society’s “agenda”, and the society advocates freedom of expression, free market economic policies and the political values of an open society.”  He then goes on to say:

“I consider environmentalism and its currently strongest version – climate alarmism – to be, at the beginning of the 21st century, the most effective and, therefore, the most dangerous vehicle for advocating, drafting and implementing large scale government intervention and for an unprecedented suppression of human freedom,”

Beyond judgement, cynicism, or disregard, I believe the deeper reading of this statement, provides the ‘Wisdom to the void of wisdom‘ we are seeing in the all the pictures painted above:  Why we don’t have the ‘slightest will’ to entertain the designing of ‘The Perfect Recession‘.

Klaus‘s words seem to be spoken by someone who is a denier only in Fear, and the extreme, bitter unpalatability, of The Solution he sees, that would be needed should he accept Climate Change as a reality.

He and the MP Society, no doubt are a part of the architects of ‘The System’ of today. ‘Freedom’ and ‘Free Markets’ will solve ‘everything‘

Architecting ‘The Perfect Recession‘ would then go against all he/ they believe in and have ever stood for, and would threaten their ‘Freedom’.

It is quite astounding that this has got nothing to do with ‘The Truths’ nor what is ‘Right for Humanity‘, but rather all about personal ‘Fear of the Loss of Self’. (Both The MP ‘Society Self’ that he stands for, and his own ‘Self’)  He is What he is because of The System he Believes in, and in fear of finding out deeper truths, he is choosing to deny himself finding out WHO he really is as a full human?   He is choosing a human belonging and turning his back on a more complete and deeper Spiritual belonging: One that properly contextualises our human place in this Cosmic Universe.

Klaus speaks of a loss of ‘Freedom’, yet in his ‘Lower Life’ context’s attachment to ‘The System’, he can’t see he is a prisoner to that same System. Without the courage to confront its untruths, he will never access REAL Freedom. That Freedom, in Submission to Our Cosmic Belonging realities.

I can’t help but think that The Wisest Man on Earth, The current President of America,  in his denier stance has the exact same Fear, and deeper, Identity and Belonging crisis. Real Power comes from confronting ‘The Truths’. Cowards seek Power based on the expediency and convenience of denial of ‘The Truths’!

(Klaus‘s connection to a Climate Change and a ‘Loss of Freedom’, State control, is a vital part of resistance to ‘The Perfect Recession‘ today, and will be explored in future posts.)

Summary of The Wizards

The Good news is that their seems consensus in our threat of Civilisation Collapse? Even in ‘cowardly denial’ the need to ‘Do something Significant’ seems accepted.

The attachment to Money and Growth is a key theme, epitomised by the ‘Consume our way out of Collapse’ architect designs. The theme of a Fear of loss of Self, and it’s attachment to the Freedom of The System, drives almost all the solutions to seeking solutions ‘in the familiar’. In that regard a convenient  Blood Transfusion Solution is and deemed enough.  This is is required but not nearly a remedy for our ‘Chronic Condition‘:  Sadly, ‘The Perfect Recession‘ in its ‘full remedy’, is too challenging to the Wise Humans’ ‘Self‘, and its ‘Belonging‘ with ‘The System’ of today.

In ignoring the real Truths of the ‘Three Red Arrows’, The Wise, are not accepting the clear Moral Brief  of One Point Zero as their mandatory Architectural starting point.

In voluntarily donning that blinker they are reducing themselves to ‘Victim Architects’, and Humanity moves closer and closer, to being victum of that consensus of  ‘Civilisation Collapse‘.