Skip to content
One Point Zero > About Howard > June 2015: Launch of My ‘Quest for Venus’ 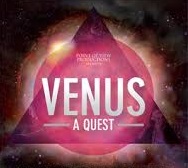 This Facebook post was the first public launch of my ‘Quest for Venus‘ Adventure (15 June 2015) This evolved into One Point Zero  one year later.

The Pope has now joined ‘My Project!

First some background so you aren’t ‘too shocked’ at what comes further down with ‘Me and the Pope’!

For the past 11 years, I have immersed myself, mainly ALONE, in Nature’s deepest Wilderness.

I have undergone a HUGE spiritual journey. One that has transformed me from a (junior!) member of the wealthy, ‘elite’, capitalist class, to where I am today: A humble Pantheist, and who revere’s Nature and take my place as ‘just another creature’, in the magical Universe. Living the other creatures of Nature, Like the animals, the birds and the trees, all living intensely ,to their unique nature-ness, I have been intensely living, across my full ‘humanness’.

Almost all of ‘you’ who have been following me, have only ‘seen’ the adventure ‘Conquest side’ of me! Only occasionally, did I provide glimpses of my deep inner struggle for the truths. This inner journey has been intense: Belief system shattering, and taking me to the opposite side of western world society, maybe even outside it! Seemingly turning me against my kind!

So yes, I haven’t felt up to sharing things in public. The few times I tried, I realised my message was: Too radical! Too soon! Too poorly packaged! I needed to spend a lot more time at a stationary drawing board, re-designing and refocusing! So that’s why I have gone quiet here in New Zealand. I’ve parked my boat, and also anchored myself with onerous house tenancy commitments, so I can’t be tempted to move soon! I’m here to work out whether I should / can, take on the biggest, most scary Adventure of my Life:

This time the goal is Venus!

This challenging goal being:

To connect my controversial, counter society, message of the truths, to the World. To do it, in an inspiring, humanitarian, and non-confrontational way that helps Society transform itself. The message is largely to the Elite of the world. The Wealthy, the staunch Capitalists, the NGO leaders, the Religious leaders. Basically the people who vote into power, the Influential, Leaders of the World. The Leaders, who create the visions, strategies, and policies, for the future direction of World society.

In one sentence, My Message is:

The ‘Way of Life’, led by the wealthy elite, and marketed as a Society aspirational icon, for lesser mortals, is UNJUST, and in TOTAL CONFLICT with the Nature’s Value System. (A Value System I found, when deep in Nature’s vast, pristine Wilderness’s.)

Global Warming, evasive Corruption, the rise of ISIS, and almost all the sources of stress, conflict, poverty, and unhappiness in Society today are ONLY symptoms of this Value System, conflict.

While I have no doubts about the seriousness of Global Warming, we must not let arguments about whether Global Warming is real or not, distract us from solving the real problem with Modern Society.

Say we all went into the wilderness alone, for more than a day or so, (yeah, you can do it too!) and found out who we have to become to survive and prosper there? Then we ‘programmed’ ourselves with those values, and brought them back intto society and into our everyday lives how would we feel, and what would society be like?

I have no doubt that we would have a wonderful, world, society, and a sustainable planet. Importantly, future generations would also have an equally wonderful place to start their lives, and the elite would clear themselves from the guilt of their crimes of gross, social injustice.

I know, many of you already live simply and at one with Nature, but, there are far many more of us who don’t, than who do!

It is all too easy to force fit oneself into the “I do” group, and think you can escape the need to transform your way of life!! . If you are in the iconic, top 1% of wealthy people, you almost certainly will need to ‘adjust’

Sadly, most of the elite seem to believe that their wealth, and class status, gives them the earned right, to consume without restraint, and live outside this value system.

This value system of Nature, is one that that I have adopted as the one for my life. A value system which was initially needed for my survival in the wilderness, but as I embraced it, it gave me holistic prosperity across my whole life. A value system, which has enabled me to live intensely, sustainably, and free of guilt, and its unhealthy obsession with altruism.

In our rightful choice to pursue Individualism, many of us, have forgotten the ‘suggested’ ‘clause of conditional freedom’ that goes with that right. We have not exercised the need for conditional Restraint that comes, hand in hand, with this Individualism. Greed based Consumption is one of our more serious health problems. Restraint is one of the basic values out there in Nature, one that all creatures except us humans, value, respect and know is critical for overall well being and a holding a sustainable place, in Nature’s magical system.

Just days ago the Pope shocked the Elite with his alignment with Global Warming. This is stressing the Catholic Community, particularly its Elite sector and Catholic, US Presidential candidates. Much has been written already about Christianity’s apparent conflict with Nature and now the Pope’s is attempting to rectify the supposedly wrong interpretation of Genesis 1:25. An online version of that verse says:

“God created man in His own image, in the image of God He created him; male and female He created them. God blessed them; and God said to them, “Be fruitful and multiply, and fill the earth, and subdue it; and rule over the fish of the sea and over the birds of the sky and over every living thing that moves on the earth.” 29Then God said, “Behold, I have given you every plant yielding seed that is on the surface of all the earth, and every tree which has fruit yielding seed; it shall be food for you;”…

It is not about religious debates or what was intended in Genesis etc. That, is wasted debating, and brings in religious / inter religion / secular conflicts. We can’t afford to have more of that now, nor time wasting. We have an urgent, HUMAN, problem.

The only thing that is important is the Truth of how we humans ACTUALLY, HAVE BEEN, living up to now? That is, Modern society, as a whole….? This picture shouts out the manifestation of our interpretation of Genesis and / or our beliefs:

The ‘pictures’ from my extensive exploring of our planet, shout out loud, that Modern Society does believe what Genesis implies, and has implemented a ‘Way of Life’, exactly to the Genesis script. The result is:

We now have too many people on the planet, our consumption is way out of control and growing, and we have assumed the Genesis implied, human centric role, with the mantle:

“We have been living as the Dominator, Harvester and Extractor, as Genesis suggests we should, for centuries”. To make it worse: In the last 50 years the intensity of this rape and pillage has been increasing at an exponential rate. Now with Nature adjusting, in our self-important arrogance, we are even contemplating how to take on and ‘beat’ Nature too!

While the Pope is a great catalyst for helping ‘My Venus Mission’, let’s not be hood winked into thinking religion has the solutions. If it did, or if anyone did, we would not be where we are today.

Only in understanding Nature and accepting our place in the system, will we find the solutions. But this is not about becoming a ‘Greenie‘, neither recycling, nor about fossil fuels, solar power etc…. All that is a given, and has to be done, and urgently, but that’s not the MAIN problem, nor are they solutions.

Revolutionary scale, change is needed. A radical change in, our ‘Way of Life’, and a rigorous, adoption of the value system, which Nature uses to keep sustainability and balance. As one example: We have to find Power in our Submission, not Power in our Domination, like we do today. I learnt that on my very 1st big solo adventure….. I now have become very powerful (to myself) and spiritually enlightened in my revered Submission to Nature. This is guilt free, liberating Power, a Power that isn’t dependent on controlling or exploiting others.

My experience concluded that Nature actually doesn’t care what we humans do with the impressive, and uniquely human, capabilities we have been given! It’s up to us, if we abuse this humanness, and ‘harm’ the planet.

We can’t harm Nature, because Nature will just incrementally adjust, and manage the system to deal with whatever is thrown at it. If that means we get wiped out, or have miserable lives as a result, well so be it.

Nature will do whatever is needed to keep the planet alive even without us. It would seem that it is OUR choice on how we want to live, but in reality it really isn’t OUR choice….? It is in that false illusion of having a domination right, combined with our inability to exercise restraint, that we are selfishly taking away the Future, from the Future.

We have to go back, and partially ‘UN-learn’ our development. That will require transformation…Maybe even revolution?

That all depends on whether those needing to transform, become visionary heroes, stepping up to lead by example, or obstinately remain, selfish Dominators, who exploit for their own self-interest. There is no place for fakes, manipulators, cowards and liars. Authenticity, and actively seeking out, and embracing the truths, is the key to enjoying the revolution??

Many of you will know all this, and like many of the people and societies I have interacted with, over the years, you are living examples, of how we should all live.

You have helped me transform from my despicable, elitist, capitalist, unconstrained persona, to long past, elite class, sell out. Maybe you want to get involved in the adventure to Venus? Let me know….

The Pope took me away from the drawing board a bit early! I need to go back to ‘My Project’, and if I’m further inspired, increasingly adventurous, courageous, and creatively productive, we could be soon be back doing a, blog and more, adventure together, with Venus the goal! It could be huge fun!

Stay tuned, it will hopefully all become clear soon….

Let me know if you support this initiative…